Jerome Camal, French of birth, is assistant to the Washington University of Saint Louis in jazz studies, musicologia and etnomusicologia. But it is also a saxophonist that is not satisfied with to live of academic searches and he/she doesn’t want that teacher calls him/it, but he prefers to play in the places, to plunge himself/herself/themselves in jam sessions and to teach the practice of the tool.

A stimulating character, that entertains in his/her home page a section devoted in full to the analysis of the political jazz of the sixties.

The observations of Camal are stimulating, ideologically you direct not, also succeeding at the same time to recover important figures of that season, giving them a correct position (is worth on all the examples of Frank Kofsky and Amiri Baraka, today a little considered, in kind the first one).

Camal quotes them, he/she criticizes them. I mark that their ideas “strong” on the jazz they maintain intact their charm, to distance of years.

The studies on the jazz, more and more serious and philologically correct, you/they are receiving spaces ever had before. There are authors that bring forth innovative thesis and different readings from those usual, for instance the wise man Paul’s Gilroy Black Atlantic, teacher of Black studies to the university of Yale, that offers a reading that has the breath of the historical-political-geographical fresco.

From the correspondence by e-mail this interview was born, that besides opinions not discounted on Coltrane and Sonny Rollins, it furnishes a list at the end – also it everything anything else other than banal – of music jazz “politics.”

Frank Bergoglio: In your pages on the jazz and the movement for the civil rights, or when you speak of the jazz of the so-called one “black nationalism”, it is frequent to find the name and the work of Frank Kofsky. Which opinion have you matured of his/her job after having studied him/it to fund? Do you think that it introduced too ideology in relationship to the treated matters or that, contrarily, the period both well described in the writings of Kofsky and Amiri Baraka?
Jerome Camal: Kofsky is an interesting character. Indeed ideology envelops its writings in so mighty way to make more its reasonings object objections. An example of this attitude is its interview to Coltrane in which him test, without succeeding us to make to guarantee from Coltrane its political ideas. (To read the interview in language English: http://www.geocities.com/a_habib/Jazz/coltrane.html).
Nevertheless, some points of its discourse are faced in interesting way and they gather meaningful aspects: the most effective example is the description of the economic conditions in which you/they have to work the black musicians. His/her book Black Nationalism in Music, is probably at the end more profit if read as a primary source, which the ideology that informs a part of the musicians of the Avant Garde reflects.

F.B: Secondo me Amiri Baraka is more sociologist in the analyses, is Kofsky a researcher anymore “political” of the jazzÖPenso that its intention was to put its studies the method of Marxist analysis into practice, doesn’t it seem you?
J.C.: I Arrange, but I think that we should think to both as about two researchers moved by strong political motivations. And’ past a beautiful po’ of time from my reading of “Blues People”, but, as memory, Baraka seems me it emphasized the African-American culture as the product and the reaction towards the slavery and in equal time as connection to Africa. The matters of Baraka are based on a vision “of class”, probably influenced from the Marxism and to lines bordering with the existentialism. For him the forms of jazz and blues that have had more commercial success they have been corrupt from the white mainstream. Reading him/it does him the idea that he thinks that assimilation is a form of corruption; what the bebop is a reaffirmation of the inheritance of the black roots in music and a taking of distance from the white hegemony that was consolidated during the Swing Era. Many groups and artists of the movement coagulated him around the African-American arts, the reasonings of Baraka they resounded. Of other song the writer of color Ralph Ellison was in strong disagreement with the theses of Baraka and looked at the blues as to a form of celebration of the results reached by the African-American art. In the demonstrations as the blues, where Baraka has the tendency to see the people of color as victims, Ellison underlines the strong sense of representation and affiliation instead of it.

F.B.: Which opinion you are you formed on the course to assign to the job of Coltrane? Before you quoted one famous interview of his, and in that as in others, the timidity of the saxophonist emerges, always of few words, that it brings to reserved answers, humble and at the end ambiguous in comparison to the course of the legacy coltraniano.
J.C.: I Think that the case of Coltrane to treat we need to consider his/her music from two separated visual angles. Primo: which type of political message (if it is one of them) it foresaw Coltrane for his/her music? According to: which done mean political you/he/she has been tied up to his/her music to back, from the most different listeners? In other words, I believe there is a difference among as Coltrane it conceived and he/she saw his/her music and the way in which it has been recepita and interpreted. Premised this, I see a Coltrane that “it uses” his/her music to communicate a message of integration and universality. I like to show up a parallel among his/her interest for the modal music and particularly for that Indian and the attention of Martin Luther King for the fliosofia of the not-violence brought ahead by Ghandi. In the first days of the struggle for the civil rights of the black population often M.L. King painted a parallel among the struggle for the liberty in the United States and the movement for the independence in Africa. It seems me to be able to affirm that both the men saw their job in universal terms. Nevertheless it doesn’t seem me that the music of John Coltrane has been welcomed in this way and some of the most radical parties in the Movement of the civil rights they were rapid in to summon to them the saxophonist as musical spokesman. Same Coltrane to the idea doesn’t appear enthusiastic, as it clearly enough shows his/her interview to Kofsky, where he prefers to deepen his/her musical explanations with a more general meaning regarding the human condition. As it underlines Craig Werner, Coltrane and Malcom X they saw both their transformed message and used for justifying the pursuit of more radical objectives inside the Movement, independently from the fact that they wanted you/he/she was used and interpreted their job in such way or no.

F.B.: you Think there is a connection among the New it damages American and the jazz? And of what type?
J.C.: And’ an ample question too much for a rapid answer. I have never reasoned on the connection among New Left and music, even if it seems an interesting matter to develop.

F.B.: you want to make a brief list of political passages that in the history of the jazz you consider fundamental and to give apiece us a brief comment?
J.C.: You my first choice is rather obvious: We insist! Freedom now Suite (Candid 1961). This recording exemplifies for many different aspects as the music you/he/she can politically be used. In first place it is an example of artists of color that you/they use their art to regain the authority and the control on his/her own history and on his/her narration storiografica. The Suite of Roach follows the story of the population of color of African descent is in the United States that in Africa, departing from the experience of the slavery, continuing with the declaration of emancipation, to end with the struggle for right peers in America as in Africa. Facing the matter from this point of view is stimulating to observe, as they makes Scott Saul and Ingrid Monson, that the order of the sections of the Suite, separate among them, you/he/she has been changed in comparison to the ideas of departure of Roach and Oscar Brown Jr. Originally the suite foresaw the departure with the African section before moving to the experience of the slavery and to pass to the emancipation. to Put the slavery to the beginning serves to strongly take root the African-American history to the experience of the slavery. To depart with Africa would have emphasized the African inheritance of the African-American culture instead. In beaten second the Freedom now Suite represents well also what Gilroy it defines “black atlantic”. All Africa melts the American jazz with the Cuban music and the African percussions: it deals with an excellent example of the continuous cultural exchange that is had among African people, people of the Caribbean, wide also in Europe and, naturally, to the United States. From last it needs to remember that the Suite is after all a great moment of music, in which you/they can be seen used advanced techniques of composition. Max Roach uses a 5/4, perhaps an answer to the success of Take Five, but more disposition and brave of that of Brubeck. The tone of the breaths, perfectly in the “fourth” in Driva men is interesting and anticipates the times. The photo of cover that shows some students during a sit-in to a counter of a cafeteria it is provocative and the notes of cover of Nat Hentoff they are also candid and fresh to the actual reading. The second example is surely less known. In fact if you/he/she has been written a lot on the Freedom Suite of Sonny Rollins, I would aim the attention at a 1956 recording, The house The live in, performed for the Prestige. It deals with a passage hard enough conventional bop, but it is also a big beautiful example of signifying in music. At the end of the piece Rollins inserts as tail the theme of Lift every voice and sing. That spiritual has become subsequently a kind of non official hymn for the population of color. In the notes of cover of the cd-playpen of the Prestige, container everything how much recorded, he explains that the saxophonist appreciated the social meaning of the text written by Robinson and wanted to strengthen his/her words ending the song with Lift every voice and sing. He perhaps wanted also to answer to the recent recording of that song performed by Frank Sinatra. In every case it is interesting to notice that this is the only song of that session that has not immediately been realized by the Prestige, immediately after the recording. I have not made a lot of searches on this disk, but I think both too often ignored, today. If then we want a complete list of passages we should include at least the Haitian fight song and Fable of Faubus of Mingus and Freedom rider of Art Blakey, John’s Coltrane Alabama, the whole apparition of Archie Shepp to the festival jazz of Newport and Appointment in Ghana of Jackie Mclean. There is then Strange Fruit of Billie Holiday, but the list would be very long… 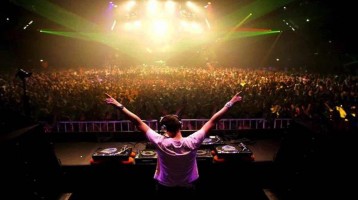 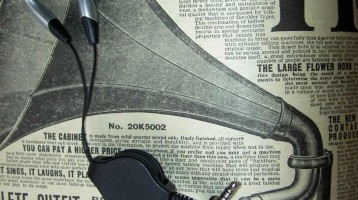 Jerome Camal, French of birth, is assistant to the Washington University of … END_OF_DOCUMENT_TOKEN_TO_BE_REPLACED 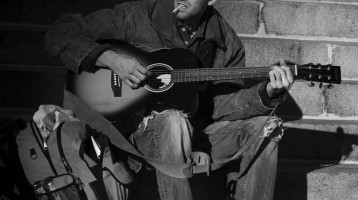 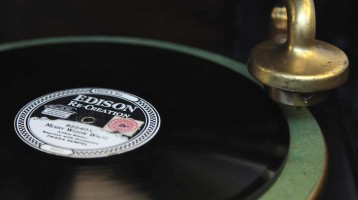